Despite record heat in Washington DC, the titan arum, the world’s largest flower, took its time unfurling its giant calla-like “bloom” at the U.S Botanic Garden and is in full bloom! 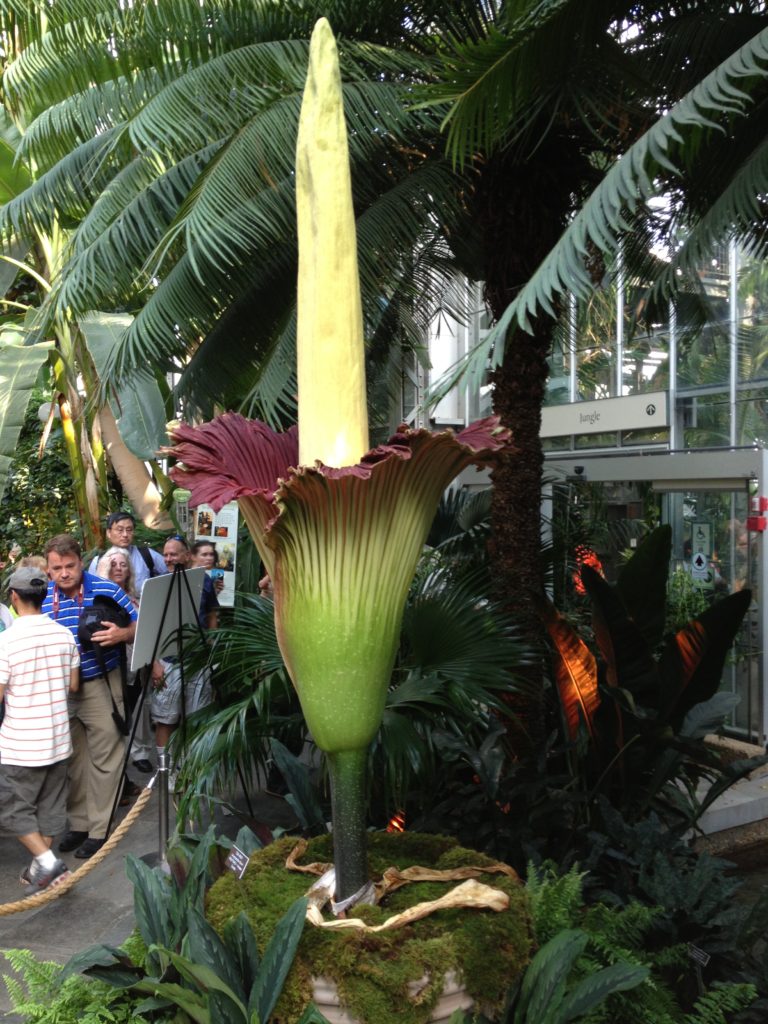 Native to the jungles of Indonesia, this plant can take a decade or more to bloom. After all, putting up an inflorescence that can be ten feet tall is no easy feat. The plant has to build its reserves, which it stores in a giant swollen root called a corm –kind of like a spongy potato–that can way 30 pounds or more.

The role of the giant spadix that gives the plant its Latin name, Amorphophallus titanum is to generate heat about the temperature of the human body, or that of a rotting corpse. Like a giant antenna sticking up from the jungle floor the spadix disperses the flower’s stinky perfume far and wide to attract pollinators. The effect is enhanced by the deep red spathe, the skirt that surround the spadix and approximates the color of decaying flesh. This attracts certain carrion beetles and flies that end up pollinating the tiny flowers that are actually deep within –so what we think as the flower is technically an inflorescence.

All this takes a huge amount of energy and within 48 hours, the flower will collapse not to appear again for a very long time. You can see an illustration of this plants amazing life cycle here. 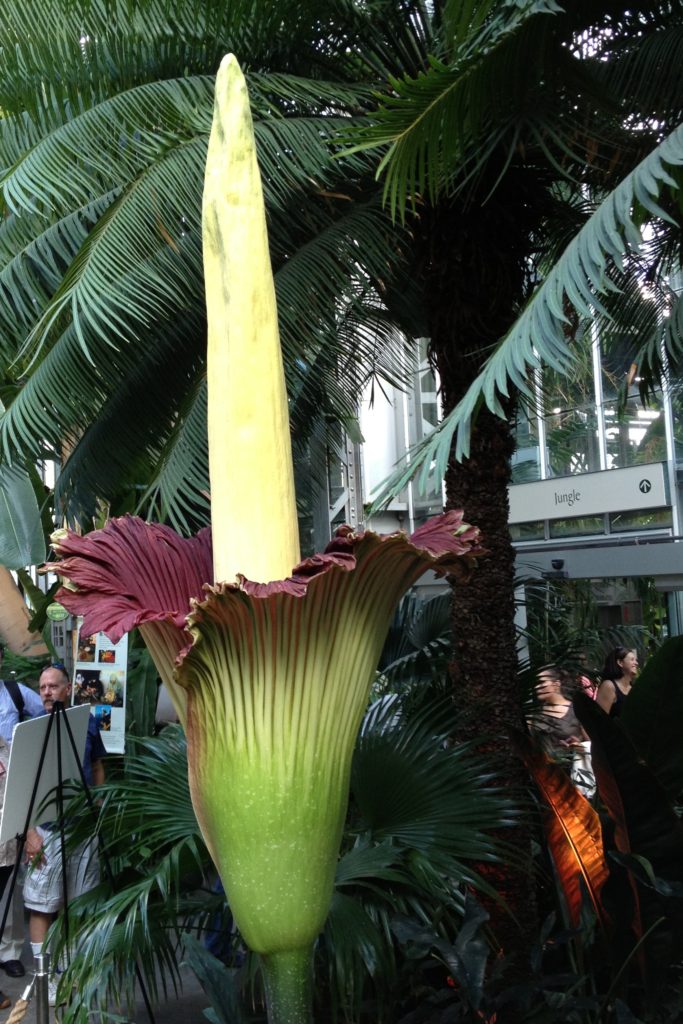